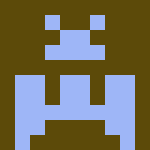 Not a Member Yet? Registering is free and only takes a second.